I love discovering the world’s non-touristy places where I can live with the locals and learn about their culture. My passion for travelling began to take shape gradually. At first, I would travel the usual touristy way, with friends and family and to various European cities and capitals. For the last few years, though, I’ve been mostly fascinated by countries outside Europe, which I want to explore in a non-touristy way and through the eyes of the locals. I think the greatest leap in my life was when I went volunteering to Mozambique for a month with a group of five girls at the end of the second year at college. My long-time wish was to go to Africa. And I was so impressed by Mozambique and the locals there that I’ve got a serious case of the travel bug and have a constant urge of wanting to discover the world. I spent three months in Tanzania last year where I did some volunteering. And I’ve recently come back from the Middle East. 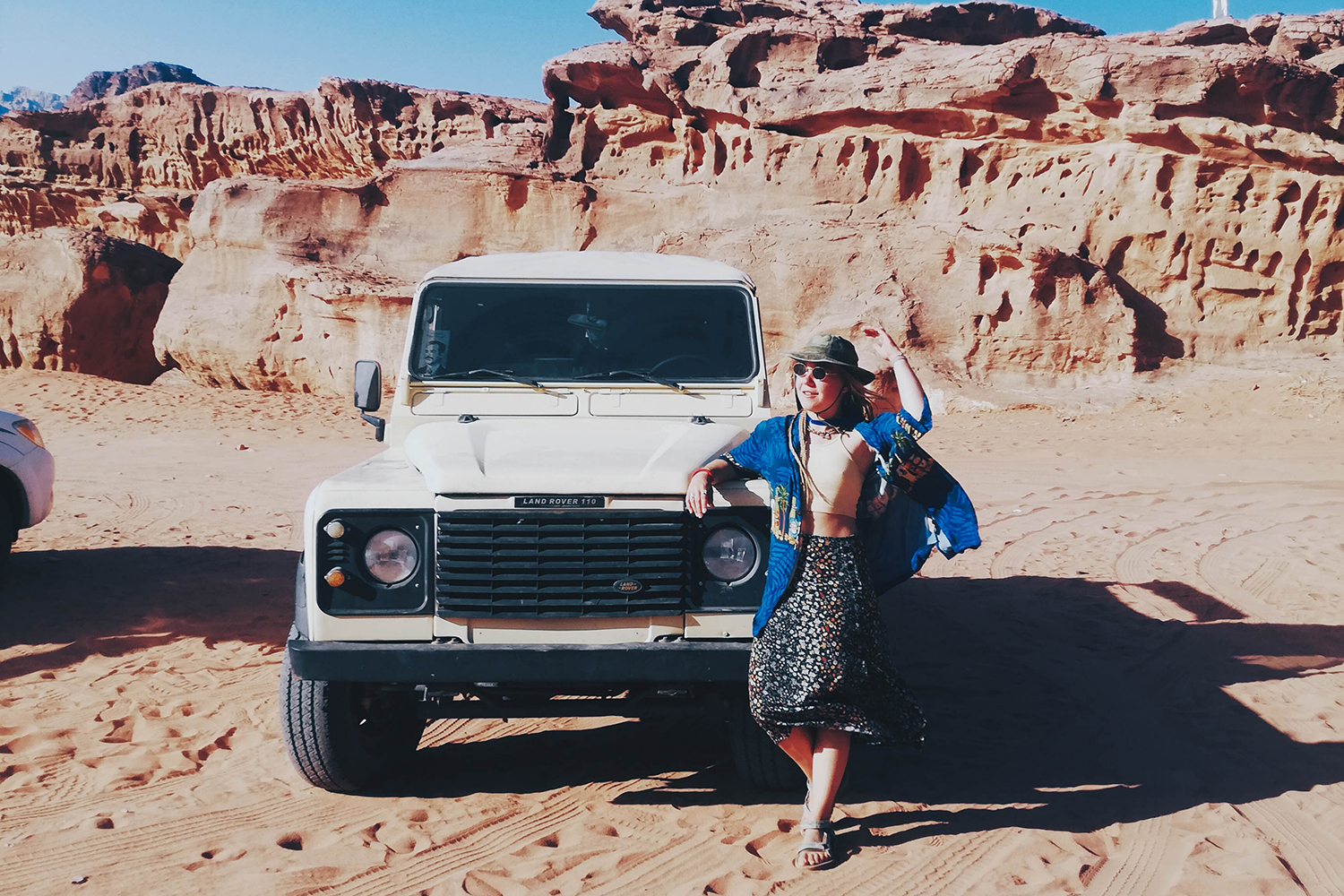 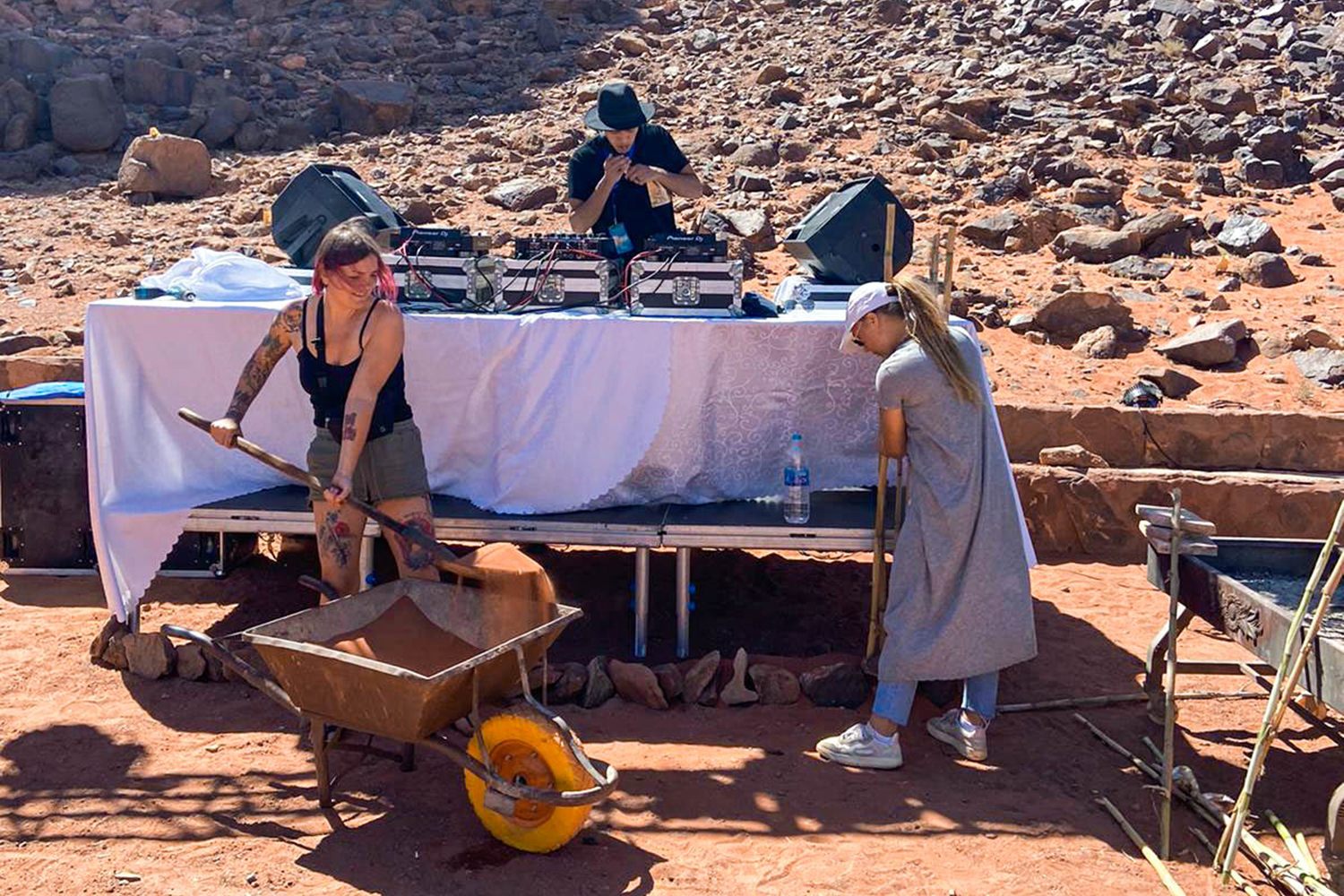 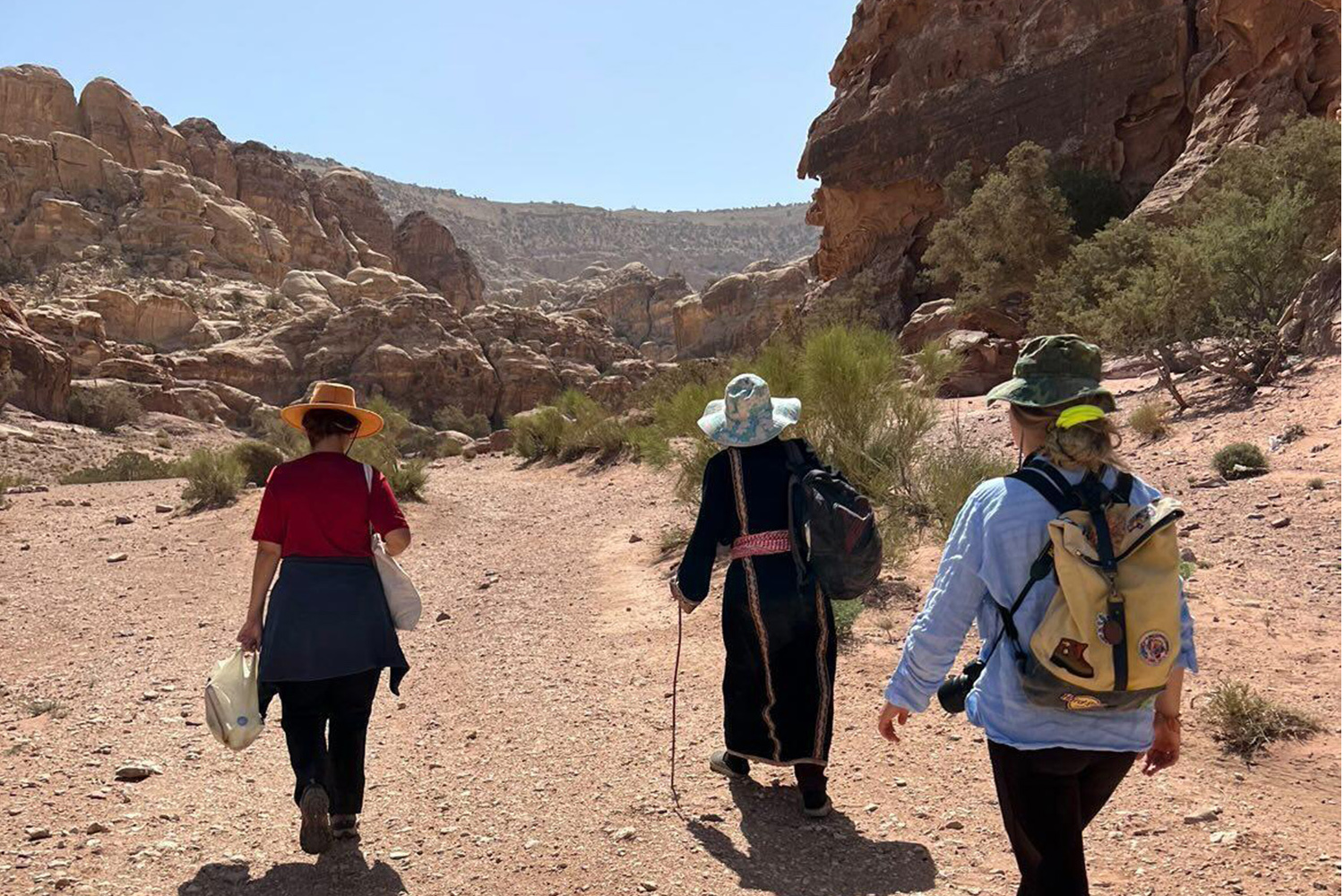 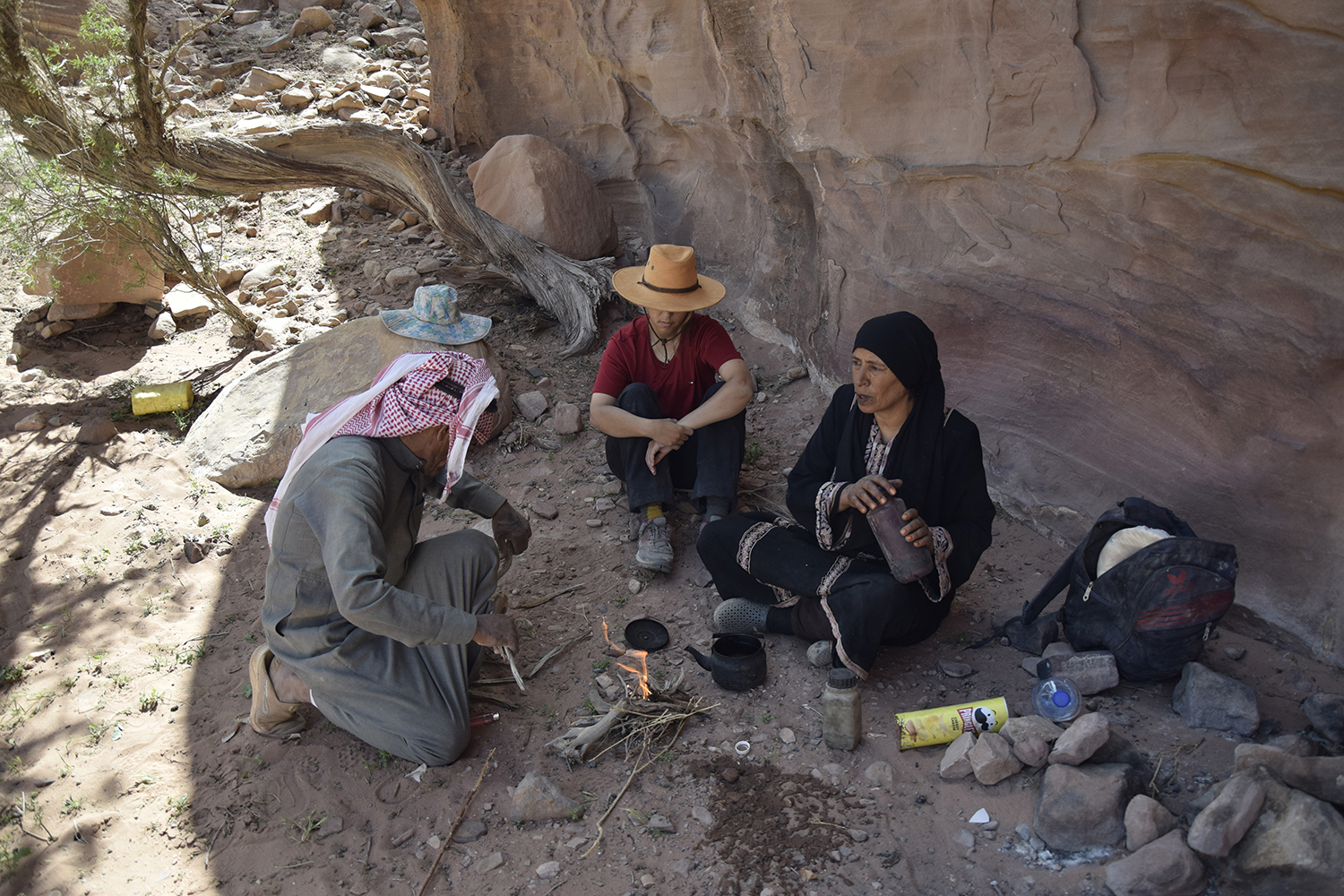 Voluntary work you choose doesn’t necessarily match your profession. From cutting bamboo in Crete, which was my first volunteering experience abroad, to the latest voluntary work at a DJ music festival in the Wadi Rum desert a few months ago. It was a way for me to gain experience and to experience all kinds of things and activities I’d otherwise hardly be able to.

Volunteering gives me insight into what’s going on in a community, since I stay in a certain area longer. As an ethnologist, I find it extremely valuable to be able to learn about the culture and habit of the locals through their everyday life. Staying at the locals’ place and volunteering are therefore perfect for me.

I went to Mozambique to volunteer as part of the Pota organisation. Working at a kindergarten and a school for a month was crucial for me. Having therefore already visited Africa, I had enough courage two years later to head to Tanzania all by myself. I search for voluntary work on the Workaway portal. You get free accommodation and food for a few hours of volunteering. But what’s most important is that you gain new experience and knowledge, and an insight into a different culture.

I discovered Tanzania completely at random. During my gap year at college, I wanted to go on an adventure somewhere outside Europe more than anything. But my options were very limited due to the coronavirus situation and related measures which were the strictest then. At the same time, though, I followed people on social networks and saw how everyone went holidaying in Zanzibar. Since I was so fascinated by Mozambique two years ago and I really wanted to return once more to sub-Saharan Africa, I didn’t really contemplate the whole thing much. I knew I didn’t want to experience Tanzania and Zanzibar like a tourist and instead wanted to immerse myself in the local life as much as possible and try to get up close to the local culture. I checked the volunteering options, the local languages (English was the second official language, which convinced me) and the requirements for entering the country, and I was already flying to Arusha (Tanzania) after a month. 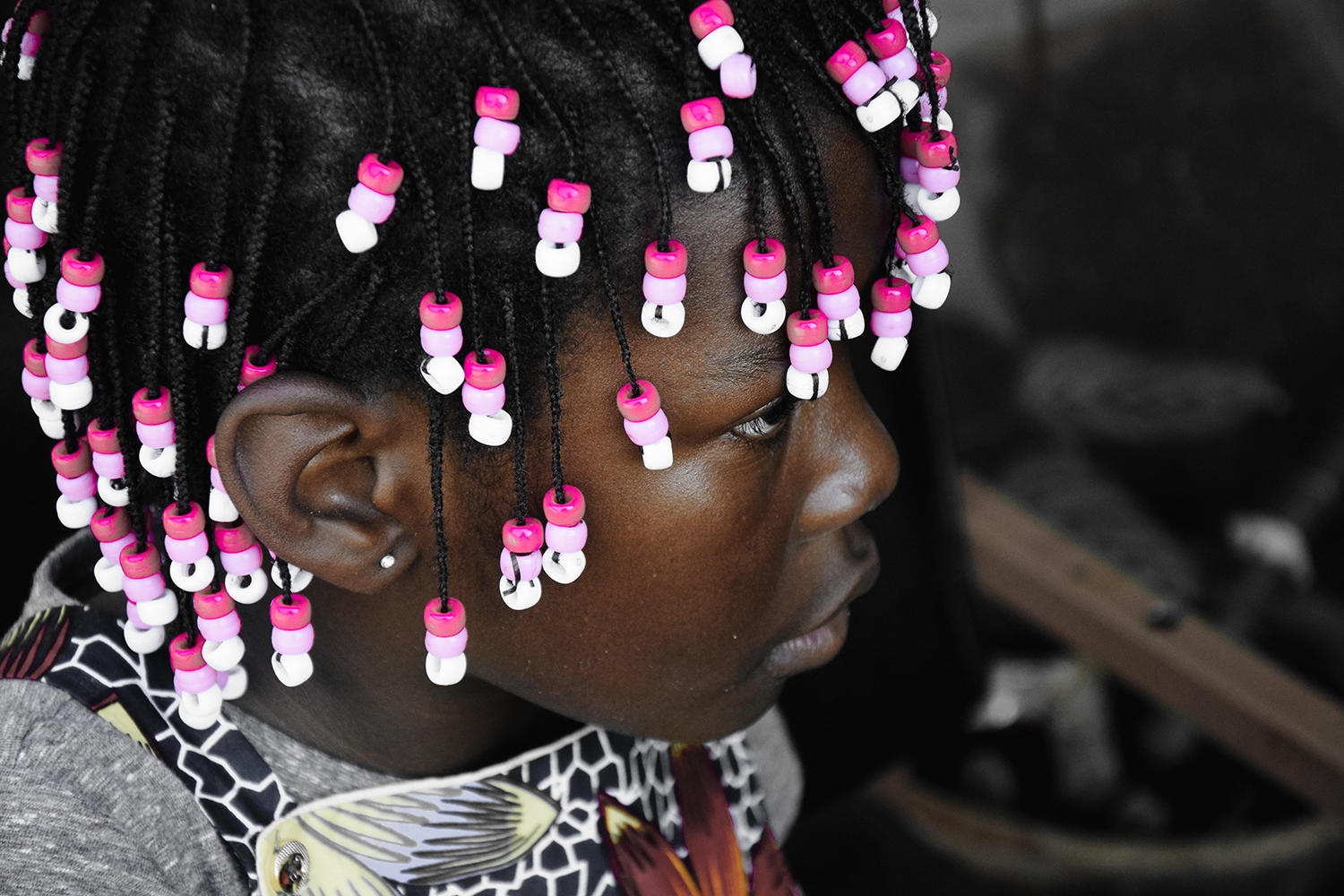 Before leaving for Tanzania, I only secured myself the first volunteering experience. After that, I had to search for voluntary work as I went along. I did different voluntary work in a different part of the country each month. I think spending a longer time volunteering is more efficient and more sustainable, plus you can connect with people and you’re not in a hurry. The only downside are the goodbyes because they’re so much more difficult.

I stayed at a local family, in a village on the outskirts of Arusha, for the first month. My hosts were a young couple with a three-year-old son. They were schooled in the field of tourism and spoke English well, which helped a lot. They ran a small safari agency Kilitanzania Pride Tours, and at the same time they hosted many volunteers who helped them out. My job wasn’t very difficult. Each day, I would make a post on Facebook and Instagram, promoting various safaris and the best tourist attractions the agency organised, such as a Serengeti National Park tour, an Ngorongoro Crater tour, treks to Africa’s tallest mountain – Kilimanjaro – and holidays in Zanzibar.

In addition to promoting the agency, I also helped out in everyday chores and painting the window grills. The work was very diverse and relaxed. I moved to a city by the Indian Ocean in April – Dar es Salaam. I helped out at the Hope&Wonder organisation there, which took care of children with disabilities. None of the children was able to walk and they constantly needed our help. I spent a lot of time with them, fed them, changed them, cleaned the rooms and took the children outside where we went on walks through the village. That last one was my favourite thing to do because I was able to explore the surroundings and meet the locals. People kept asking me if the children were mine.

I spent the last few weeks in Zanzibar where I took care of an estate, together with a house and a tropical garden, in the village of Kizimkazi in the southern part of the island. I worked really hard at the orphanage, but Zanzibar was more of a holiday. My task was to make sure part of the garden was watered every day and to take care of the estate, so it wouldn’t start to deteriorate. 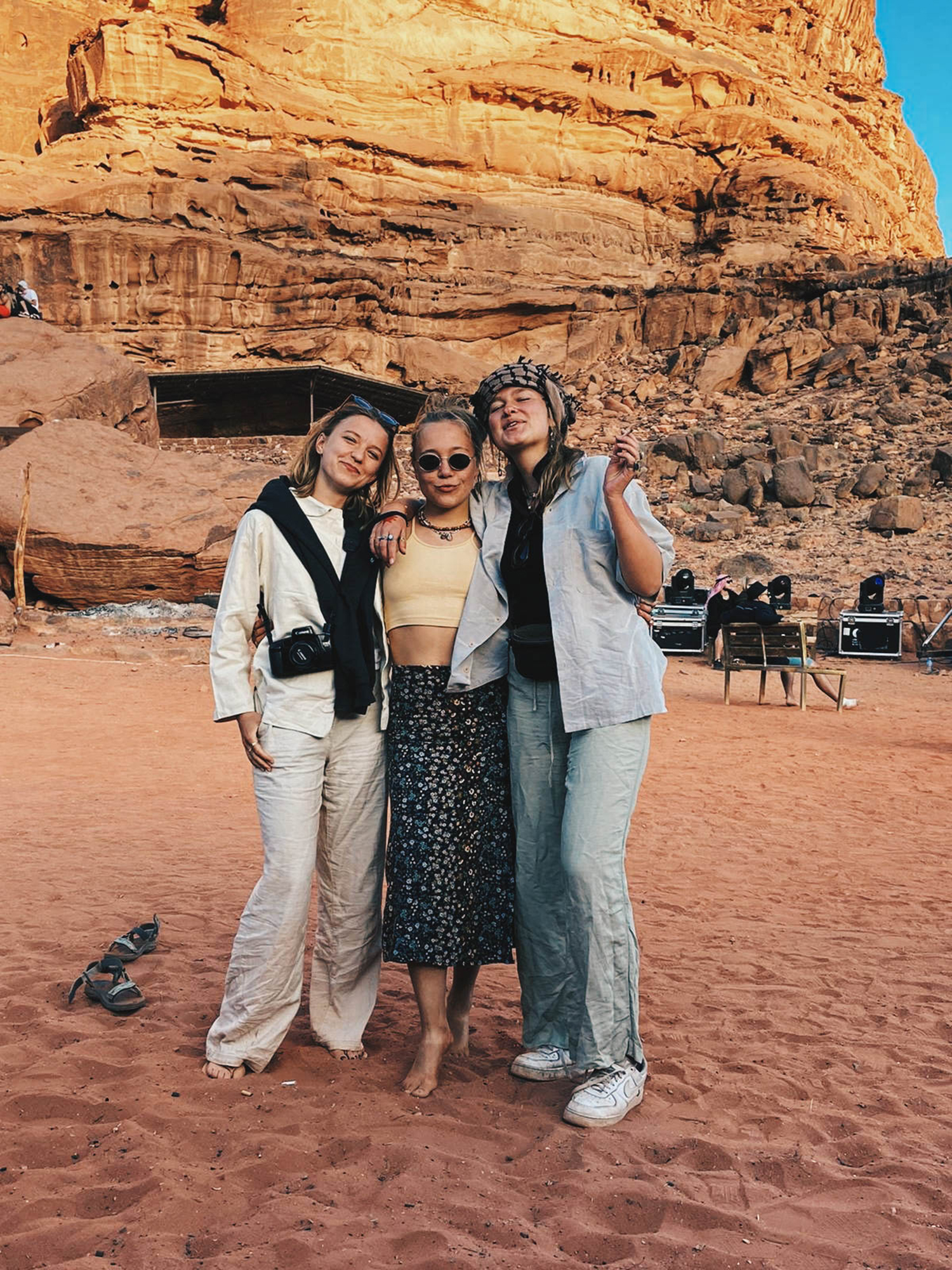 Voluntary work you choose doesn’t necessarily match your profession. From cutting bamboo in Crete, which was my first volunteering experience abroad, to the latest voluntary work at a DJ music festival in the Wadi Rum desert a few months ago. It was a way for me to gain experience and to experience all kinds of things and activities I’d otherwise hardly be able to.

Tanzania helped me spread my wings. Travelling was a huge milestone for me, since it was the first time I travelled outside Europe all by myself. The more I travel on my own, the less afraid I am and the more I trust myself, telling myself that I can do it. When I “survived” Tanzania, I felt I was ready to go anywhere on my own.

A one-way ticket to Alexandria

Exploring Middle East was my long-time wish. Even back when I was in secondary school, following the news about the war in Syria and the constant clashes between Israel and Palestine. I recently completed an Arabic course that lasted for a few months and then boarded a plane to Alexandria. After my acquaintances, who had already been to Egypt, tried to convince me I’d be completely lost there without an agency and that travelling across the country was practically impossible, I finally decided to travel there alone. And when I was already sitting on the plane, the steward asked me again after boarding the plane, if I was sure I was on the right flight(?!).

But I had a plan – spending each month in a different country. I started in Egypt and then wanted to continue in Jordan and Palestine. A month for each country seemed like a reasonable plan. During that time, I could be doing two voluntary works and have enough time to explore the country in a non-touristy way. 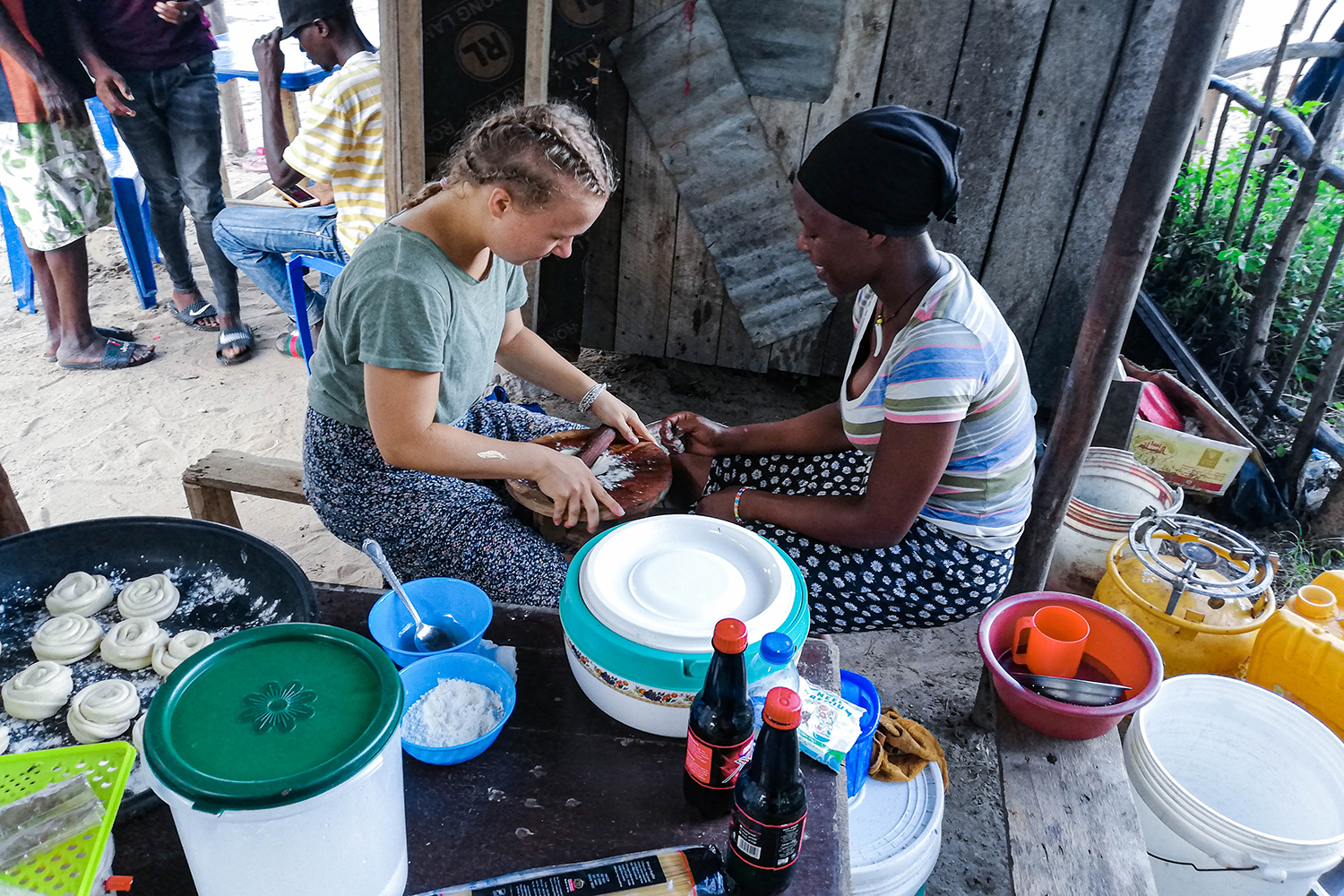 When I’m travelling, I try to leave out the “tourist attractions”, since they’re often the result of mass tourism, are a great strain on the environment and, the greatest reason of them all, they’re usually man-made. Through volunteering, I focus more on local communities and their everyday life. It was quite an event for me when I could cook and strain rice for lunch for a family in Zanzibar. Or when I could make chapatis. Nothing spectacular for some people, but I learned so much and even practiced Swahili.

The team of "Travel Different for Future" project thanks Ida for writing this article for our blog to share her experiences and ideas to travel differently and more sustainable.